Oddball Films is a unique stock footage company specializing in offbeat footage. We have an extensive collection of rare, entertaining, eclectic and eye-opening subjects, as well as classic archival, historical and contemporary clips to support your project. Our images have been used in feature films, television, music videos, industrials and multimedia projects worldwide. 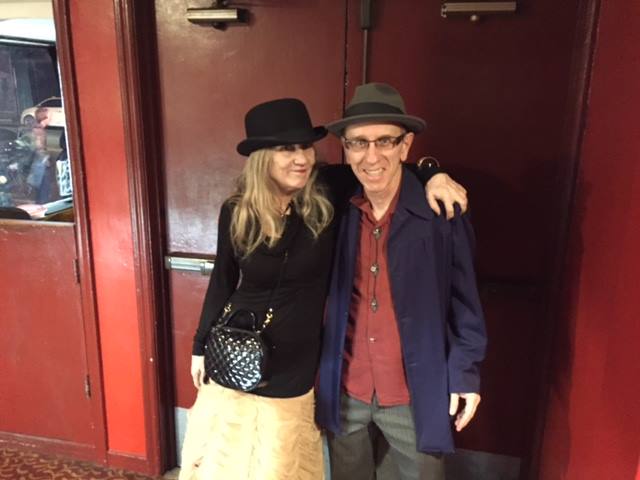 Current Director and CEO, Tara Lee Ford, and Founder and Director for over twenty-five years, Stephen Parr, were friends for more than four decades, sharing a love for the arts and a desire to have unique expressions of art and culture be preserved and shown throughout the world. Oddball Films Inc continues Stephen's original mission of keeping, restoring, displaying and licensing historically significant and often truly one-of-a-kind unusual images.

Tara Lee Ford worked closely with Stephen for decades to grow and refine his vision and develop the business. With a background in theater and dance, and having performed many times at Stephen's after-hours space, the infamous Club Generic and other experimental venues, Tara brings an artistic sensibility and an appreciation of the unconventional to her position. In recent years Stephen and Tara worked together on completing a three-part documentary research film to be released soon. Although Stephen is no longer physically with us, his spirit infuses every part of the business. Our ongoing mission is to keep the "oddball" in Oddball Films and share these treasures with the world!

Oddball Films is founded on its originator Stephen Parr’s penchant for finding and documenting the unusual and the extraordinary. In 1984 his offbeat use of images led him to “Blade Runner” director Ridley Scott. Shooting in San Francisco, he looked up Parr, who supplied him with the quirky footage he needed. Oddball Films has since expanded into archival and contemporary imagery, providing footage for projects across the globe. From Silicon Valley to Paris, from television to feature films, Oddball Films has since become the definitive source for eclectic images in all media.

San Francisco avant-garde film and video producer, Stephen Parr, founder of Oddball has a long history in presenting and archiving the unusual. In addition to promoting outrageous local theater, Parr produced and videotaped live performance in the seventies, including everyone from John Cage to The Ramones. In the eighties, he screened his signature pop culture montages in venues across the United States and Europe; from Danceteria in New York to the Moscow Cinematheque, Parr's burlesque dancers and female contortionists gyrated over teeming tornadoes and atomic disasters. Combining his skills as a producer with his ability to procure footage representative of an atmosphere, event or an era, Parr moved into the realm of stock footage. Director Stephen Parr has an uncanny ability to translate artistic concepts into specific visual images, as well as a comprehensive knowledge of film and media production. His background as an artist, editor, producer and promoter, create a focused, valuable archive of ideas and films, bringing a unique perspective to the realm of stock footage.

Oddball’s approach is unique in the stock footage industry. Our extensive archives (Over 50,000 film elements) are founded on a historical knowledge of cinema culture, as well as an intimate relationship with artistic creation and production. The staff at Oddball Films draws on an international mix of researchers, historians, preservationists, technicians and editors who all share a love of film and an acute sense of the visual elements that articulate an idea.

Our staff works in tandem with our clients to visualize concepts, and research requests, no matter how way-out and, if necessary, rush out footage to producers whose deadline was “yesterday”.